Scenes like this lead one to suspect that the Awesome Obama Economy is perhaps less awesome than we are told. And this is not just a thing in America (where the economy contracted last quarter but since the president isn’t a white Republican, this isn’t a major news story), but around the world. Central banks encourage manufacturers to keep building cars they can’t sell because if they reduced output, they would lay off workers, making the already precarious global unemployment problem much, much worse.

Maybe another “Cash-for-Clunkers,” program. That bit of Obama Economic Genius only cost taxpayers $24,000 per car sold. 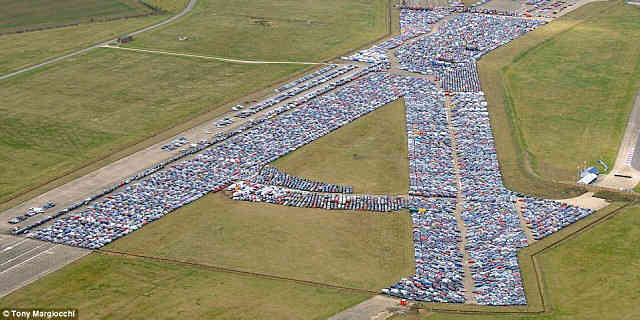