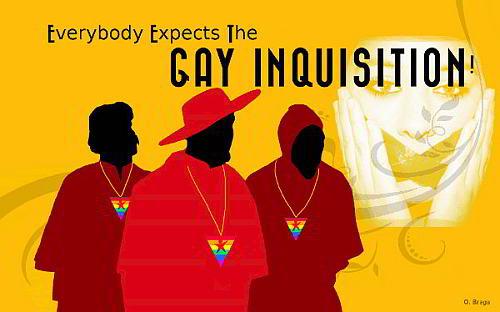 A Lesbian (correction not a Democrat) candidate for District Attorney in Sacramento is being attacked by gay leftists for not demonstrating sufficient fanatical loyalty to the cause.

Gay and lesbian activist groups are working hard to defeat a Democrat who is running for District Attorney in Sacramento–despite the fact that she herself is a lesbian with a stack of law enforcement endorsements. The reason: they want to punish her for not speaking out against Proposition 8, the now-defunct constitutional amendment enshrining traditional marriage in California, when it was an active issue on the ballot in 2008.

After Prop 8 passed, she continued to decline to comment on it, partly because she was running for judge, and California discourages judges from expressing political opinions. That is not good enough for gay and lesbian political organizations. They believe she should have “held a news conference with her then-partner and their two children denouncing the [Prop 8] initiative,”

What a silly woman for thinking she had independence and for abiding by the ethics of her profession. She should have known that she belonged to the Collective, and owed her loyalty always to the Collective.

Thanks Juan for the Tip.