So, once again, the progressive left is pushing the idea of Reparations; the idea that people who never owned slaves should give large sums of money to people who never were slaves in order to compensate, allegedly, for injustices suffered by the ancestors of non-slaves that were committed by the ancestors of non-slaveowners. (And a great way for Democrats to tell low-information voters that there is a huge pile of money owed to them that greedy Republicans don’t want them to have.)

But if the point of this exercise is “justice,” shouldn’t the weight of justice fall more heavily on those with the closest ties and relationships to the perpetrators of injustice? Because there is clearly one group of people who are far more responsible for injustices committed against African-Americans than other groups of people.

Which of two political parties in the USA was founded for the explicit purpose of abolishing slavery; the Republican Party. Which party supported slavery and opposed the abolition thereof; the Democrat Party.

Which party was it that instituted the Jim Crow laws, and maintained the institution of Segregation well into the 20th Century; the Democrats. What was the party that forcibly integrated previously segregated schools in the South; the Republican Party.

Clearly, Democrats are responsible for the vast majority of injustices committed against African-Americans. Pay up. 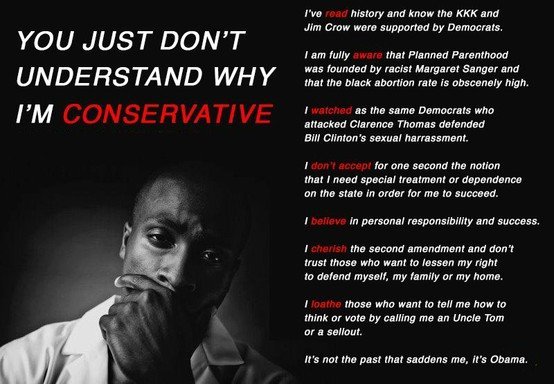