The left in general does not care for beauty pageants because they make unattractive women feel bad. But Miss Nevada’s answer to a question about rape really set off the feminist left, who claimed her answer promoted “Rape Culture.”

The lefties absolutely, positively hate the idea that women should defend themselves. They recommend… I am not making this up … state imposed indoctrination of all men to deprogram them from being the rapists the feminist left claims all men are.

I imagine it would work kind of like what that one guy in Clockwork Orange went through.

Update:  A supposedly grown-up woman editor at Cosmo responded to the notion of women defending themselves using the same adjective six-year-old children use to describe lima beans: “Icky.” 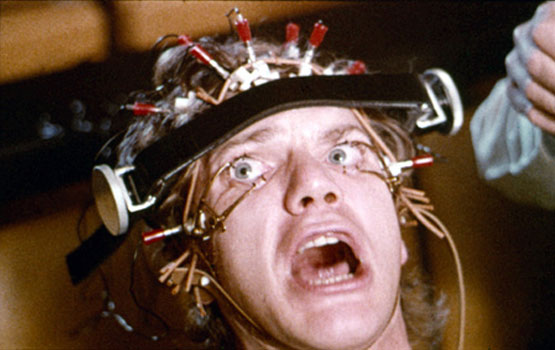