The Texas GOP passed a resolution vowing to keep “Gay Reparative Therapy” legal in Texas, and the leftists are throwing their daily all-day hissy fit about it. As usual, the left, who were clearly the cultural aggressors in this (after New Jersey and California made sexuality choice therapy illegal) are now playing the victim.

I’m not sure such therapy is even very effective, but I think people ought to have the right to pursue it if that’s what they want.

One wonders, if there were therapy that could make a straight person gay, would the left be against it, or would they demand that it receive federal subsidies, like Sandy Fluke’s birth control?

Those of us on the conservative/right-wing/libertarian side tend to believe that people generally have a right to make their own decisions so long as those decisions don’t hurt anyone else. 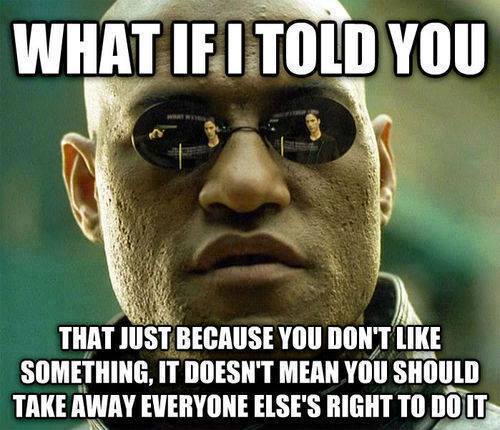