Only a Democrat could get away with this kind of nonsense:

“They don’t see me as part of the problem,” Clinton said of Americans who are upset about income inequality, adding, “Because we pay ordinary income tax, unlike a lot of people who are truly well off, not to name names; and we’ve done it through dint of hard work.”

Hillary and Bill sit on a fortune of over $1ooM. She gets paid $200,000 for a single speech (I guess that what she means by “hard work.”) She got an $8M advance for her “autobiography” (which coincided with the time she claimed to be “dead broke.”)

And yet, the press has not attacked her the way they attacked Mitt Romney for his wealth and success. The Left-Wing press isn’t tearing Hillary apart for being too wealthy to understand the problems of working Americans; not the way they tore apart Sarah Palin, who actually does come from a real, working-class background and made her own (considerably smaller than the Clinton’s) fortune.

To raise criticisms of Hillary far more legitimate than the left’s attacks on Sarah Palin would be sexist, I suppose. 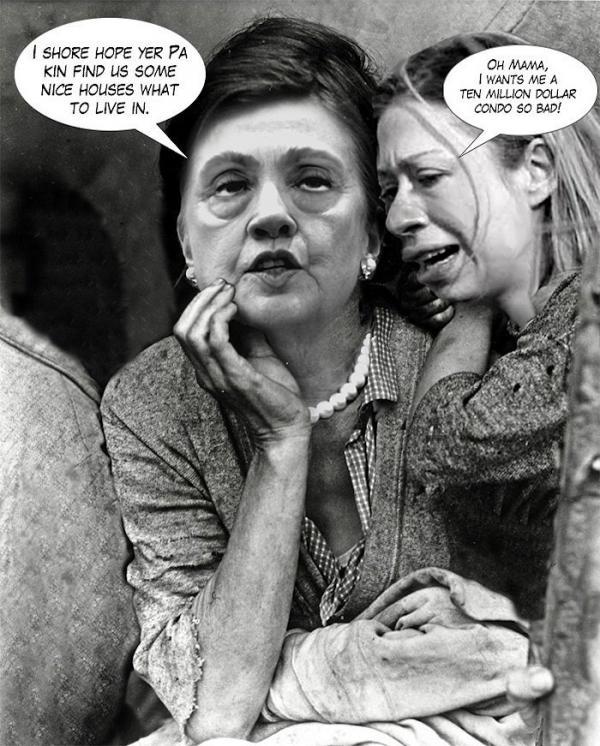