In a 5-4 decision, the Supreme Court ruled that some companies cannot be forced to provide birth control and abortifacients to their employees on First Amendment grounds.

The left claims that by not forcing third parties to provide contraceptives and abortifacients to women, these companies are “denying women access to health care.” The left apparently believes that 1.) women are just life-support systems for uteri, and the only health care needs they have are for contraceptives, so that they may provide sexual gratification to men without risk of creating children and 2.) women are stupid, helpless creatures, who must have their contraception provided to them because they are incapable of getting it on their own.

It’s like saying companies are denying women access to food by not buying their groceries for them.

Birth control, by the way, runs about $9 a month for most women.

The left was really, really hoping that Church would once again be forced to bow at the feet of State, but it didn’t happen. So, they responded in the usual manner and spewed the f-word like a sailor with Tourrette’s while threatening Hobby Lobby, the Supreme Court, churches, and America generally with vandalism, arson, and murder.

And then, of course, some of us question why, in a free society, the Government has any business whatsoever dictating to private companies what benefits they must provide to their employees. 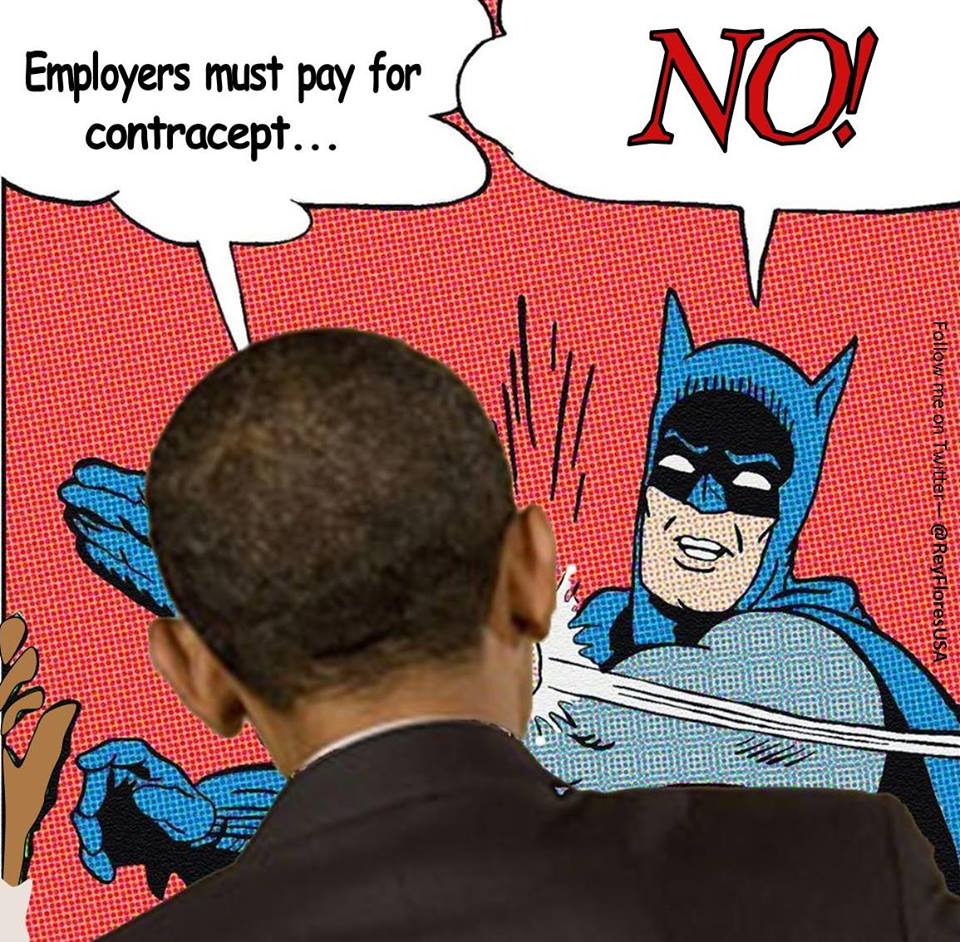