After the Black Panthers intimidated white voters on Election Day 2008, Eric Holder’s Justice Department wasn’t interested. When they were running guns to Mexican Drug Gangs? A phony scandal, not worth the DoJ’s time. IRS intimidating and harassing opponents of the President? Holder appoints a big Obama donor to lead the “investigation.”

But let some dude in Nebraska create a July 4th approach that offends our thin-skinned president, and Eric Holder jumps right on the case.

The U.S. Department of Justice is investigating a float that appeared at the annual Fourth of July parade in the small town of Norfolk, Neb. because the float featured a blue flatbed truck carrying a zombie-looking mannequin in overalls on the door of an outhouse labeled “OBAMA PRESIDENTIAL LIBRARY.” The Justice Department sent a member of its Community Relations Service team to Norfolk.

So, let’s post this “offensive” picture and see if we can get the DoJ sicced on us, why not. 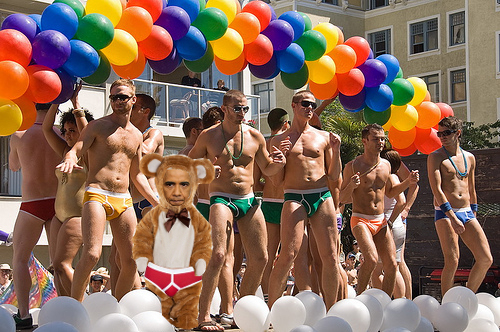 [And since someone in the comments sent me the pic, step forward and take credit.]