Some obviously self-hating gheys in Seattle participated in a “die-in” to show their hatred for the only country in the Middle East where Gay Rights are protected, and their support for a murderous anti-gay Islamist terror regime. 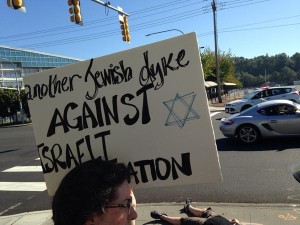