Insane. (Naturally, the demonstration is in Chicago, the city that gave us the SCOAMF.)

U.S. policy fueled the sectarian strife that helped create ISIS and will send the message that adding more U.S. weaponry to the mix brings only more death and destruction, further embittering the peoples of the region towards the West.

In justifying the bombing, Obama last night said that the U.S. can’t “turn a blind eye to genocide.” In the light of his steadfast support for the month-long Israeli slaughter of Gaza – resupplying munitions to the Israeli Defense Force mid-battle – his statement perhaps surpasses even the most hypocritical statements of George W. Bush.

These people obviously inhabit some alternative reality where genocide is okay as long as Mohammedans are committing it and Obama staunchly supports Israel. 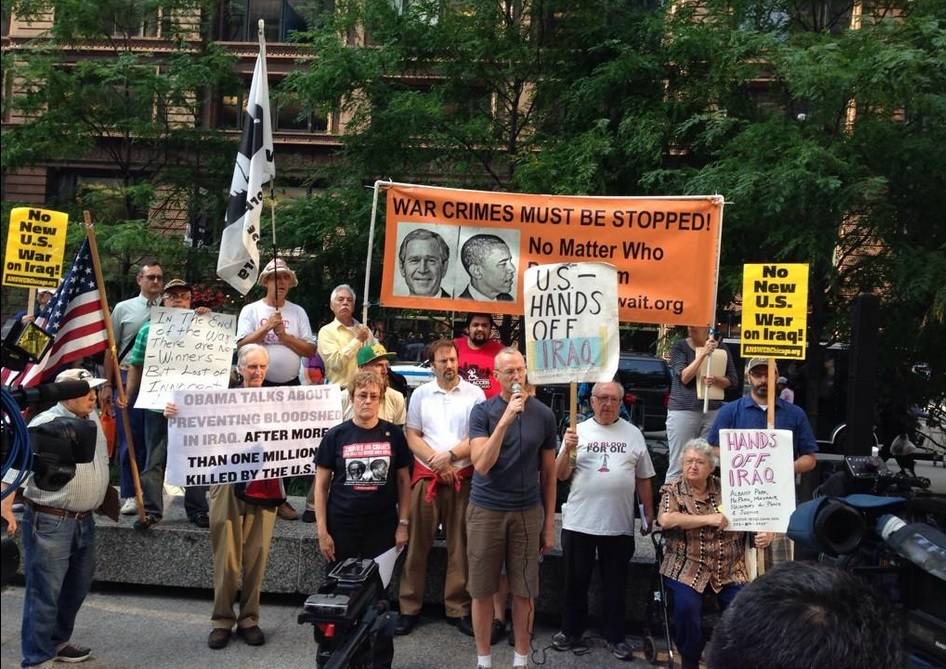