Have I mentioned lately that our country is run by moonbats?

ATTORNEY GENERAL ERIC HOLDER’S Justice Department is opening a criminal investigation into the beheading by Islamic State militants of American journalist James Foley, the latest move by the Obama administration to use the criminal justice system to pursue terrorists.

Above all else, the Obama Administration wants to make sure that Islamic terrorists get their Miranda Rights and their taxpayer-provided ACLU attorneys.

A real leader would not treat this situation as an episode of Law and Order: Beheadings Unit. A real leader would be saying, “These sub-human pieces of sh-t need to be wiped from the face of the Earth. We will strike and bomb them until they big for mercy; and then we will show them none.”

Meanwhile, Eric Holder will not be investigating the beating deaths of two white college students by a racist black mob in College Station, Texas.

As for President Obama, he is very teed off about the whole ISIS Situation. 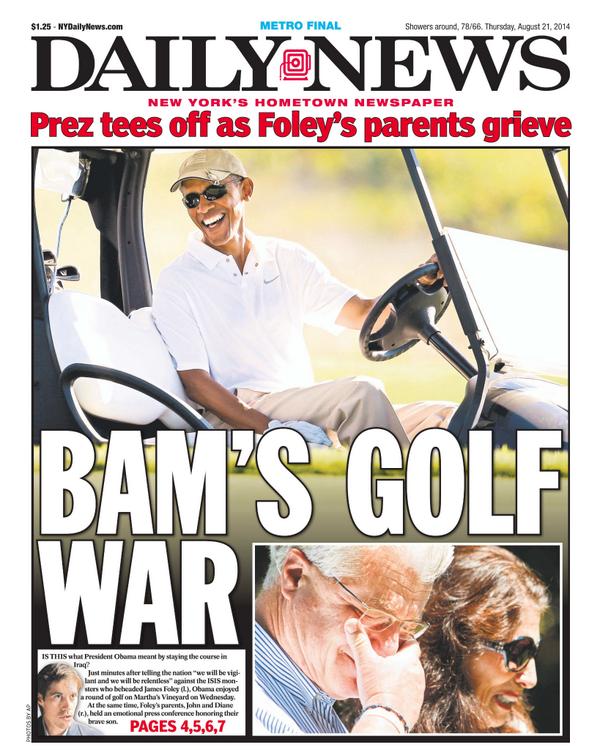