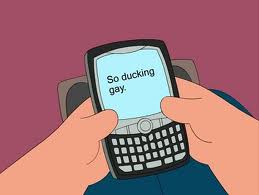 It is for occasions like this that the phrase “That is so ducking gay!” was invented.

A Nebraska school district has instructed its teachers to stop referring to students by “gendered expressions” such as “boys and girls,” and use “gender inclusive” ones such as “purple penguins” instead.

Even if there were a hypothetical little boy who thought he was a little girl, why would ‘boys and girls’ offend him? He would just assume he was covered by ‘and girls.’

This isn’t about protecting transgendered kids.

It’s about adults trying to prove who can be most PC.