Remember how the Left used to chant “Bush lied, people died” and claim that Iraq under Saddam Hussein didn’t have any chemical weapons, and the whole Iraq War was ginned up to make money for Dick Cheney and Halliburton?

Yeah, it turns out pretty much all of that was a lie. 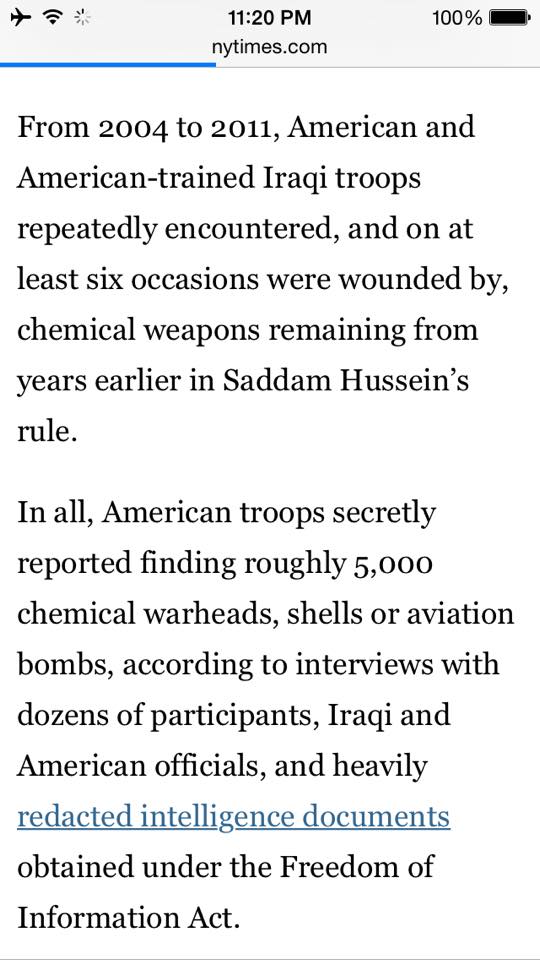 But, hey, just because the left spend the entire Bush presidency lying for political purposes doesn’t mean they aren’t totally being honest when they tell us that Global Warming is the most dangerous threat our country faces, the borders are totally secure, and unemployment is only at 6%.