Feminists are nuts, and also kind of racist, apparently. Last week, some feminists released a video of a woman walking around New York City and being subjected to catcalls and unwanted attention from Black and Hispanic males.

Now, some liberals are wondering whether there should be laws on the book to protect frail, delicate white women from being spoken to by members of the lesser races.

The New York Times wants to know if a law should shield white feminist women by preventing black and Hispanic men from speaking to them, and possibly offending their tender sensibilities.

“Do We Need a Law Against Catcalling?” the august, Victorian newspaper asks.

Stipulated: Men should not behave this way in public; and for the most part, men don’t.

But this isn’t about standards of behavior, which the Left considers oppressive, patriarchal, microaggressive, and all that. This is really about power. This is about left-wing feminists asserting that they should be allowed to behave in public any way they want [ cf. “Slut-Walk.“]. However, they will use the power of the State to punish other people who behave in ways they do not approve of.

I guess that’s what you might call Liberal White Privilege. 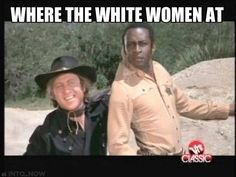