As I have said, the value proposition of the Democrat party is, “We will take money from people you don’t like and spend it on you.”

It’s pretty hard to deny the accuracy of this assessment when you see the fliers handed out by supporters of Democrat Senator Mary Landrieu prior to her crushing defeat on Saturday. 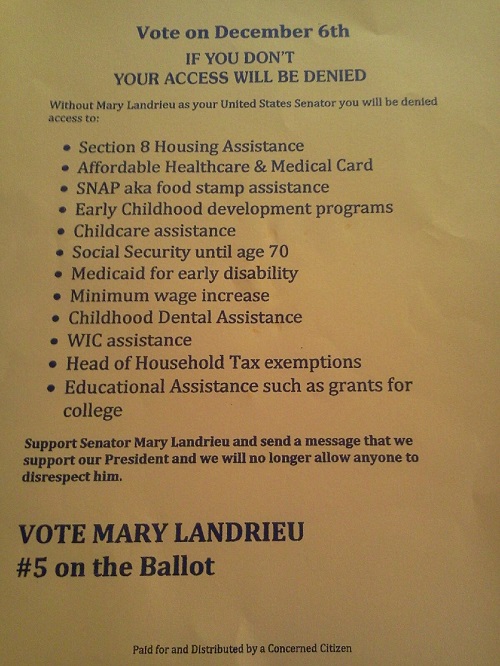