So even though “A woman needs a man like a fish needs a bicycle,” sometimes, a fish just wants a bicycle; especially after the fish gets into her thirties and all of the other fish have gotten their bicycles, and the remaining bicycles are rapidly losing interest. A feminist has written an article advising feminists how to find a man who doesn’t mind being in a relationship where he is regarded as inferior and non-essential.

Lisa Bonos (@lisabonos) has published a column headlined “How to find a feminist boyfriend” that reads like an Onion parody:
“I find it really attractive how successful you are,” my date said, leaning in for a kiss.
Sure, it sounds like a line. But it also sounds like feminism. . . .
(No, it’s a line. Trust me.)

Anyway. I think I found her one o’ them male feminists. 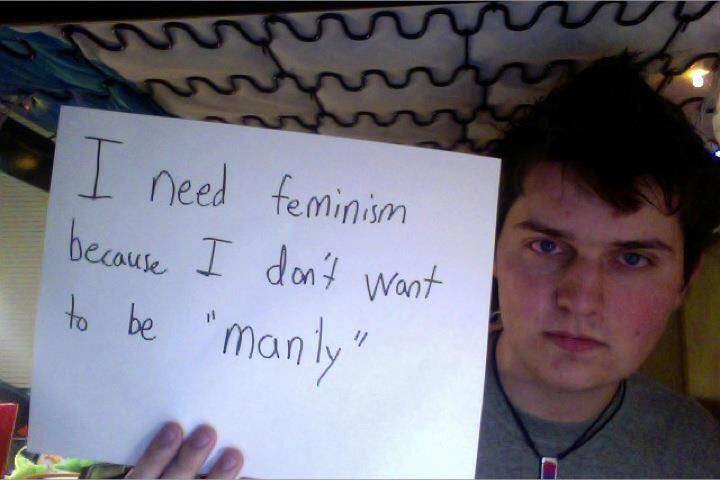 They’ll have to live in his parents basement, of course, at least until the a-hole manager at Starbucks gives him more hours.