I read that King Abdullah of Jordan (whom I have actually met) is going to personally lead retaliatory airstrikes against ISIS after they burned that Jordanian pilot to death. That’s a very badass contrast to how our “leadership” responds to terrorism. 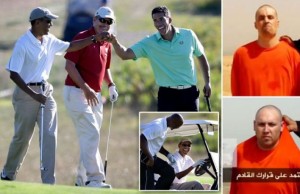 Brian Williams is reporting that King Abdullah has asked him to be his wing man.