Since Obama’s hashtag diplomacy has utterly failed to turn back the advance of the Islamic State and other units of the Islamic Conquest, the superbrains of his administration took a break from their very hard work of figuring out the best way to snub the Israeli Head of State and unveiled their latest weapon against Islamic Terror… a rainbow-colored kind of flowery circle logo thing. 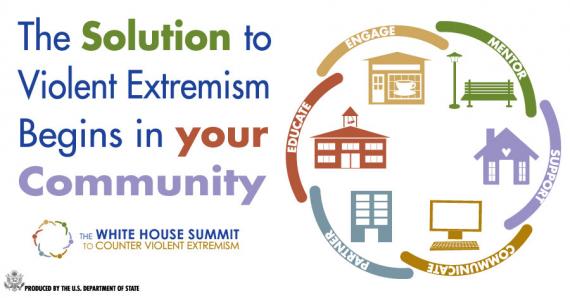 By the way, the regime is also asking for suggestions on defeating “Violent Extremism” on Twitter. I am not making this up.

And if this doesn’t work, the administration may have to unleash the most dreadful weapon in its arsenal… videos of Michelle dancing.

P.S. Obama’s DHS is also releasing a report claiming that Libertarian and Tea Party Groups are a bigger threat than ISIS.