Very first question directed at a corrupt 67-year-old woman with a lifelong history of lying and unethical behavior who has lusted for the presidency of the United State since pre-school, and who is currently under suspicion for illegally using a private email account for official Government business, was as follows: “If you were a man, would all this fuss being made?”

Instead of answering honestly, “Yes, of course, any time a politician with presidential ambitions is caught in a scandal it makes the news regardless of sex,” the Democrat front runner unleashed a horrible, Nichteinmenschlich cackle, and replied, “Well, I will — I will leave that to others to answer.”

Yes, and I am sure ‘others’… (cough… Rachel Maddow…) will be only too happy to answer on her behalf. 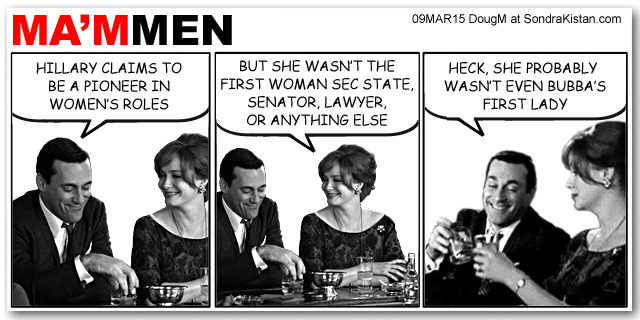