An Obama administration official says that elected officials in Indiana — who passed a Religious Freedom Restoration Law virtually identical to laws on the books in 19 states AND a Federal law signed by BJ Clinton — are Nazis.  (Hat Tip: Sooper Mexican) 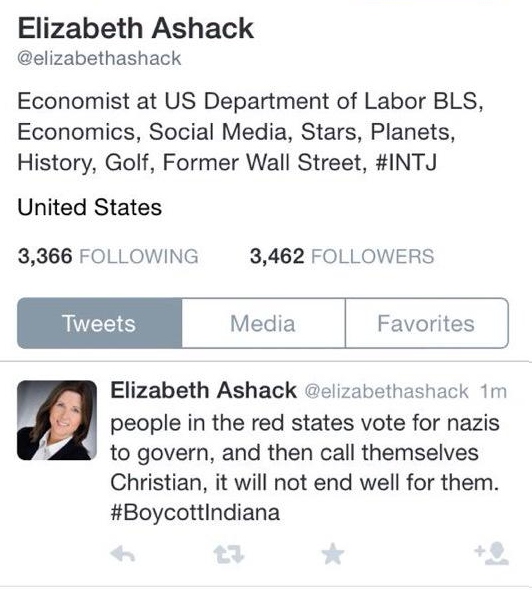 Interesting implied threat at the end there, isn’t it?

This is the same whiny, six-figure bureaucrat who whined about her paycheck being delayed during the “Government Shutdown” of 2013.