One aspect of the debate over whether Christians and others who don’t support gay marriage should be forced by the State (and threatened with violence) for declining to participate in gay weddings is … what’s the big deal with a wedding cake anyway? To the activist left, declining to bake a cake is no different than a lynching in the Jim Crow south. But does it really cause anyone any real quantifiable harm to send them to a different bakery? Or a different photographer? Or a different florist? Or a different wedding chapel?

If you really believe in liberty, then you have just accept that liberty means that people are going to make choices and do things that you may not agree with. And so long as they are not harming anyone else, they should be allowed to do so.

This is not to say that the State should never intervene to prevent people from being harmed by the actions of others. But this should only be permitted when there is real physical or economic harm, and when there is no alternative but State intervention to prevent the harm.

Bruised feelings do not rise to the level of actual harm.

Destroying someone’s livelihood through threats of violence —that is actual harm.

BTW: You can support Memories Pizza — the business targeted by gay hate groups — at this GoFundMe. 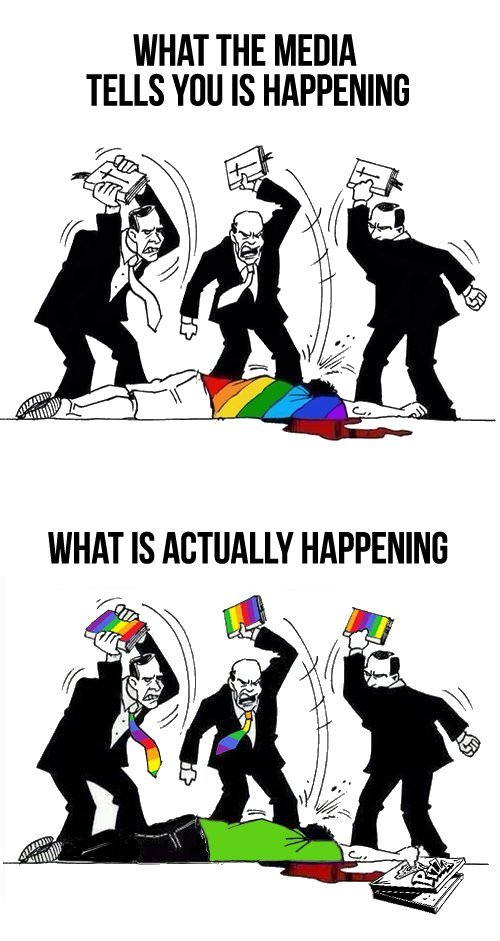