It’s nice that the press has the pseudo-woman formerly known as Bruce Jenner to talk about; it gives them cover to ignore Hillary’s corruption scandals, and other things. 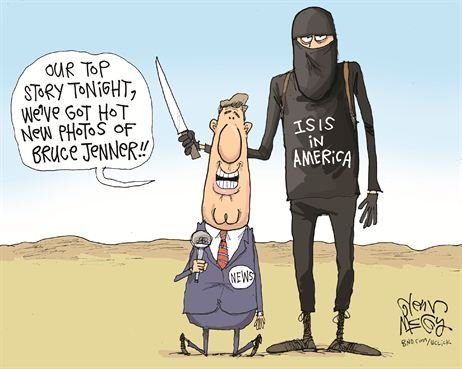 I realize that most of the Jenner-hype is intended as promo for the new Jenner-based reality series, Look at me, I’m a Tranny, or whatever it’s called. The entertainment media think it’s going to be a huge hit. (They think everything that advances their social agenda is going to be a huge hit.) I’m dubious. I am sure initially it will make a big splash in basic cable terms, but I think the novelty factor will wear off quickly.  People watch reality shows for the trainwreck aspect, but the Agenda says that Jenner can’t be a trainwreck, but must be portrayed… always… as a positive role model. That will get boring pretty quickly.