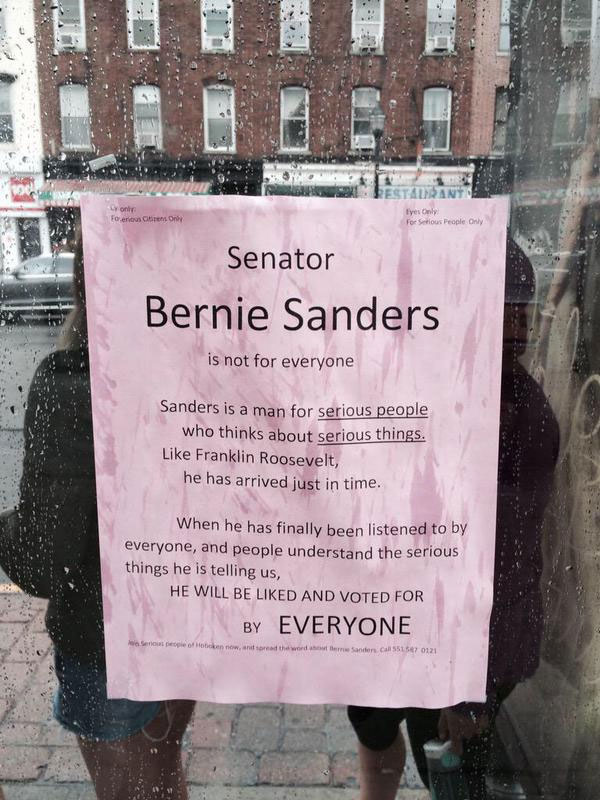 Apparently, those ideas include “A woman enjoys intercource with her man — as she fantasizes about being raped by 3 other men simultaneously.” And “A man goes home masturbates to his typical fantasy. A woman on her knees, a woman tied up, a woman abused.” And a firm conviction that there are too many brands of deodorant out there, consarn-it!

Contemplate how much left-wing delusion and narcissism is tied up in this poster. “Bernie Sanders is a smart and serious person because he agrees with me. I am smarter and more serious than those who don’t agree with me and Bernie Sanders. Eventually, everyone will see that we are right because they will want to be smart like us.”

And, for realz, is Bernie Sanders really that different than any other Democrat except for maybe being slightly… slightly… more open about his socialism?