If you’ve caught any media today, you know that the Democrat Left is absolutely joygasmic over the shooting in Charleston SC last night. This is the shooting they have been waiting for! This is what they had hoped every mass shooting up until now would be: white racist with a gun, black victims. The only way this could have been better is if the victims were gay or Muslim and the shooter was a Republican politician. So much win for The Narrative, if you’re a leftist Democrat.

Politicize all the things! It’s the Democrat way.

One victim, however, took a much classier approach than our Ruling Class. 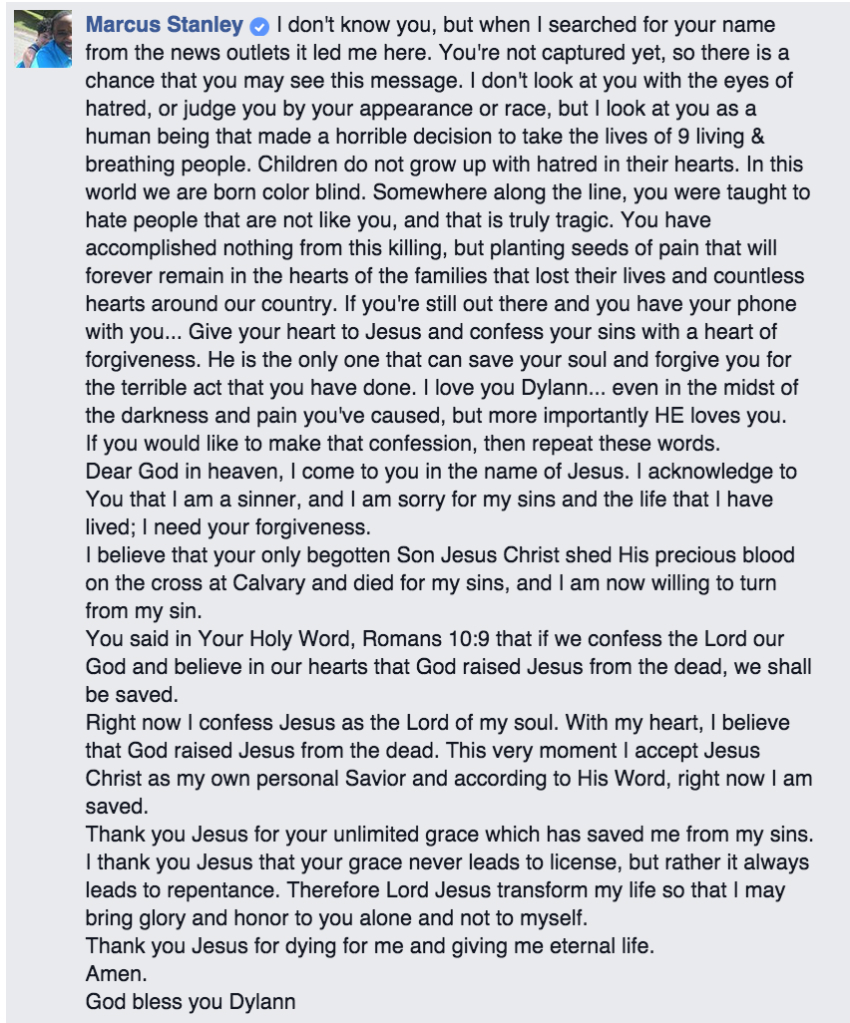