The Democrat Media Narrative is that the Charleston Shootings were caused by guns, conservatism, and the Confederate flag; they have categorized the attack as “right-wing extremism.”

“I hate the sight of the American flag. Modern American patriotism is an absolute joke. People pretending like they have something to be proud while White people are being murdered daily in the streets. Many veterans believe we owe them something for “protecting our way of life” or “protecting our freedom”. But im not sure what way of life they are talking about.”

Change the word “White” to “Black” and he’s basically Melissa Harris-Perry or any other MSNBC host.

Still skeptical that Stormdoor should be treated like a terrorist, since that would mean Obama sets him free and gives him money. However, he does increasingly resemble another famous domestic terrorist… 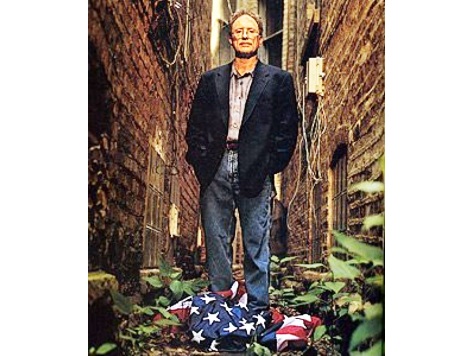