Clarence Thomas grew up in extreme poverty in the segregated south and rose to become an associate justice of the Supreme Court.

George Takei sat next to Walter Koenig pushing buttons and griping that he wasn’t as prominent as William Shatner.

The left considers one of these men worthy of respect and veneration. 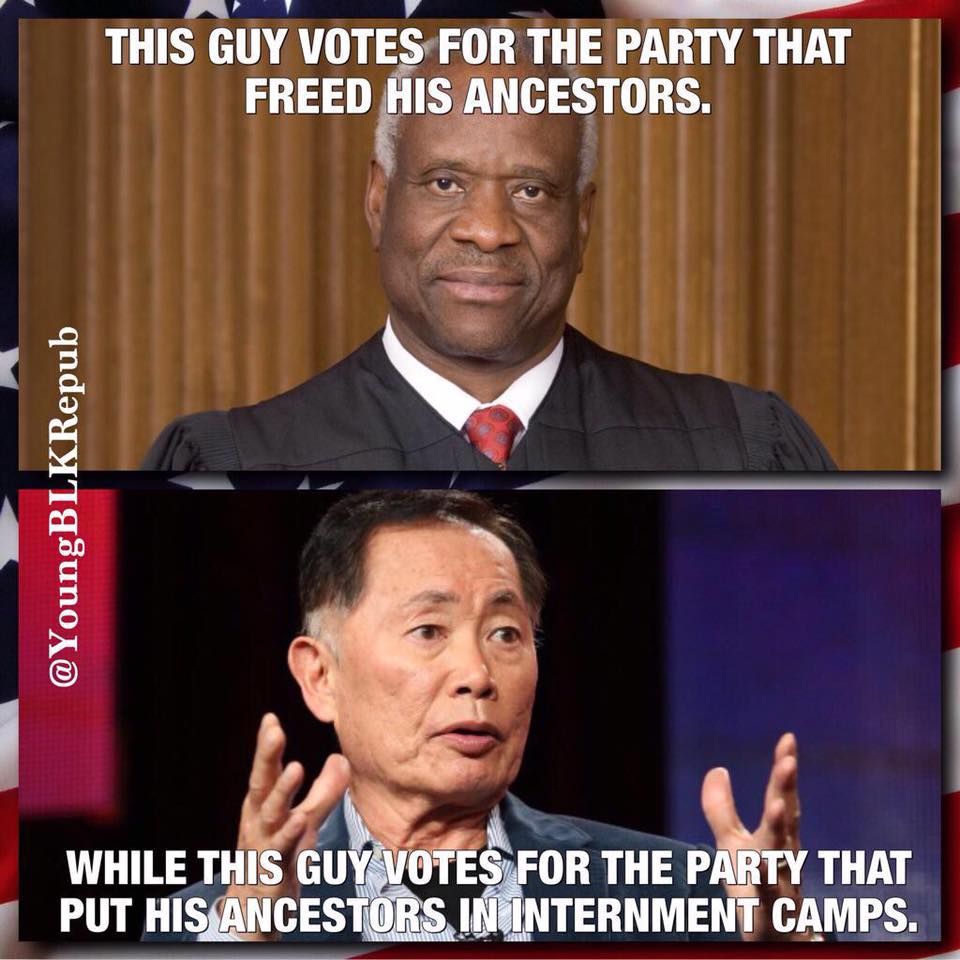