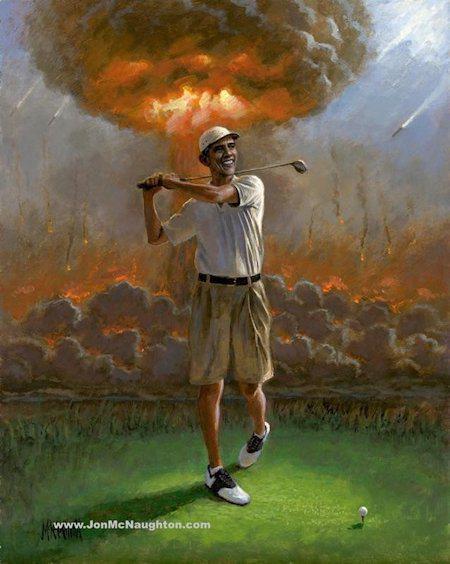 “This agreement is good for the United States, good for our allies, and good for the safety of the entire world. It reduces the danger of the threat of nuclear spreading in the region. It’s a crucial step toward drawing Iran into the global community.

Today, after 16 months of intense and difficult negotiations with Iran, we have completed an agreement that will make the United States, the Middle East, and the world safer. Under the agreement, Iran has agreed to freeze its existing nuclear program and to accept international inspection of all existing facilities.

This agreement represents the first step on the road to a nuclear-free Middle East. It does not rely on trust. Compliance will be certified by the International Atomic Energy Agency.”

OK, I lied, that was not Obama bragging about his Nuclear Deal with Iran, it was Bill Clinton bragging about his nuclear deal with North Korea in 1994. You just swap the words “North Korea” and “Iran,” and “Middle East” with “Korean Peninsula.”  It was pretty much the same deal, the USA lifts sanctions and the other country promises not to develop a nuclear weapon, pinky swear.

We all know how that worked out last time.