There is a strain of fascism that runs through the Modern Democrat Left. A decade or so a go, such a statement would have been outrageous, over-the-top, hyperbolic.

Nowadays, not so much, it seems. Check out what happens when a reporter asks Hillary Clinton supporters if they support a hypothetical plan to repeal the Bill of Rights. 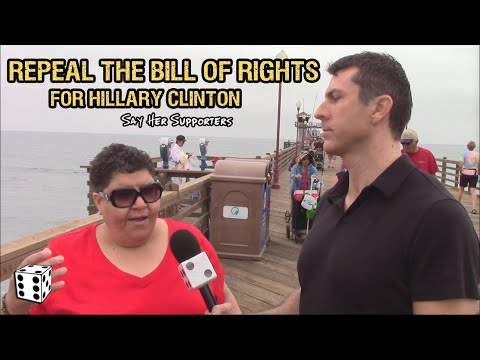