Congratulations to Matt Bevin, the new Republican Governor of Kentucky, only the second Republican governor of that state in forty years, and a man thoroughly hated by the GOP Establishment.  The GOP tried to Cuccinelli him… throw the seat to a Democrat rather than let an outsider win. They failed. Failure is a good look for them.

Oh, did I mention Kentucky’s new Lieutenant Governor is an African-American woman and a Tea-Party Activist?  The left-wing Narrative fails again.

Speaking of Failure, anti-gun fanatic Michael “the Midget” Bloomberg tried to buy the Virginia State Senate so he could impose New York style gun control through his proxies there. Bloomberg spent millions trying to flip the VA Legislature to blue by supporting anti-gun candidates, but it will remain in Republican hands.

Progressives who are obsessed with putting men in women’s bathrooms failed to make this the law in Houston.  It failed Big Time. 61% voted against it. Hillary and Obama supported it. And this is the one that really gave the lefties the sadz.

Progressives who are obsessed with driving small businesses out of business failed to raise the minimum wage to $15 an hour in Portland, Maine; a rare display of common sense in a city that went 75% for Obama in 2012.

In Ohio, a measure to legalize marijuana failed majorly; mainly because people didn’t like the idea of a Government-sanctioned cartel controlling all the Mary Jane. The other ballot issue, the one that outlawed Government-sanctioned monopolies, passed. Republicans in the Ohio Legislature are discussing legalization through the legislative process. 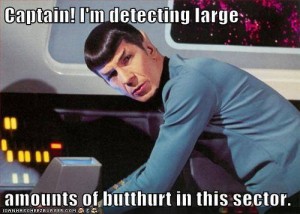