Today, a white progressive university president and Chancellor resigned because a group of spoiled special snowflakes had their feelings hurt by his insufficient supplication to the idol of racism.

Seriously, this is all because a student claimed some people in the back of a pick-up called him a racial slur, and the University president, apparently, did not respond adequately. The issued a list of demands.

The students also demanded increasing black faculty and staff; mandatory racial awareness and  indoctrination curriculum for all staff, faculty and students; and additional funding and resources for mental health professionals, particularly those of color, to boost campus programming and outreach to students.

So, basically, they demanded that he do what his university and every other liberal-run university in the country is already doing.

But, whatever. The Left is learning they have built a monster; one that will be impossible to appease or placate. The more they surrender, the more emboldened the monster becomes.  The Democrat Party *cannot* say no to these radicals. They have constructed this trap that all #BlackLivesMattergrievances and demands must be given absolute legitimacy no matter how radical. No matter how they look to the sane part of America, they have to cater to the radical #BLM left.

Update: David French: Missouri’s Lesson: the Campus Wars Are about Power, Not Justice: “This is a movement built from the ground up around power and coercion. They hate free speech because free speech represents nothing but a threat — a chance for dissenters to expose the bankruptcy of their ideas. They hate due process because due process stands in the way of class-based justice, of identity-based jurisprudence.” 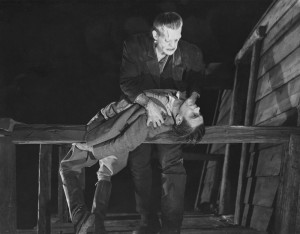