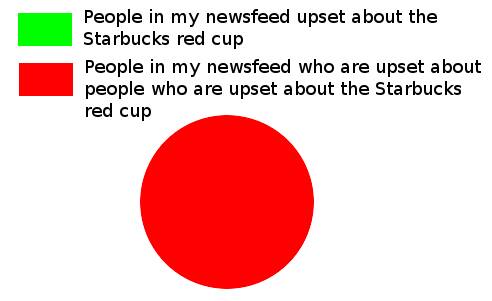 This story is very little more than hype, driven by the secular media and left-wing websites like Buzzfeed so they can say, “Oh, look how crazy and thin-skinned Christians are.” It also helps trivialize legitimate assaults on religious freedom.

Also, Starbucks coffee is mediocre and overpriced. And the cups look like the Solo cups they play beer pong with at frat parties.