Imagine, just for a moment, if a Tea Party group tried to seize control of a University, demanded the resignation of officials and professors, demanded that any opinion that opposed its ideology be treated as a Hate Crime, and demanded that the curriculum conform to Constitutionalist ideals.

Imagine how the Government and the Media would go apefeces. [Update: Somebody already thought this through.] But when a semiliterate thug-wannabe like this can get a University to bend to his will by sending emails like the one after the jump, even the president himself applauds.

Seriously, what parent is going to want to spend $25K or $50K a year to send a kid to a University controlled by a mob determined to disrupt real learning and institute a Maoist Indoctrination on Racial Grievances instead? 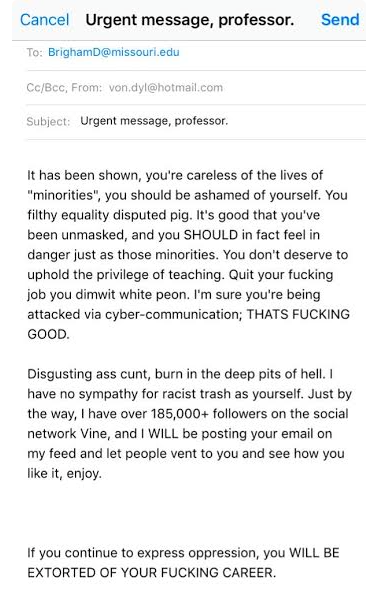