A certain blogger of the left has published what he considers an appalling collection of Tweets by conservatives (and David Frum) commenting on the Paris Massacre. (Screencaps after break.) Needless to say, there’s not a one among them I disagree with. 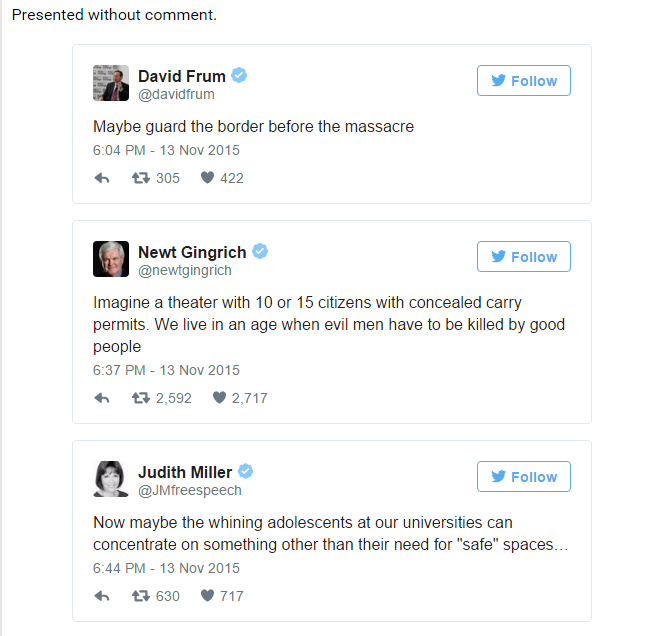 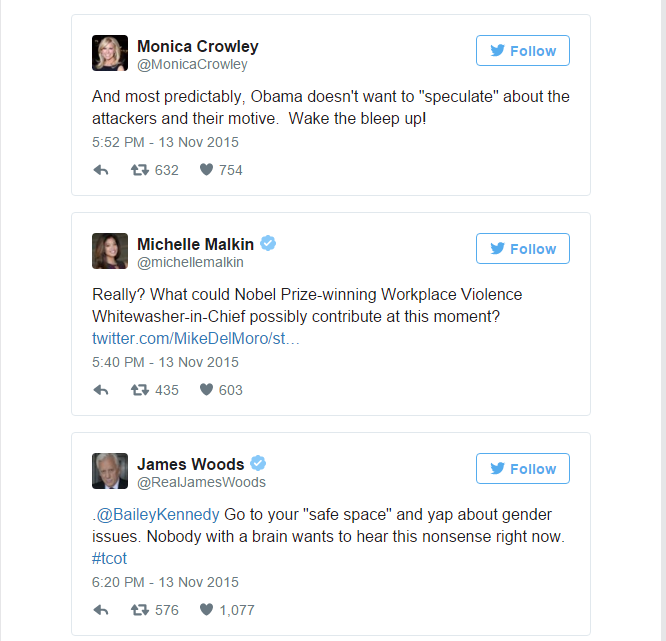