This is one of the black ministers that endorsed Donald Trump the other day. Read the sign in the background. For some, this will be a much bigger deal than Barack Obama spending 20 years in the church of the radical, anti-American Jeremiah Wright. 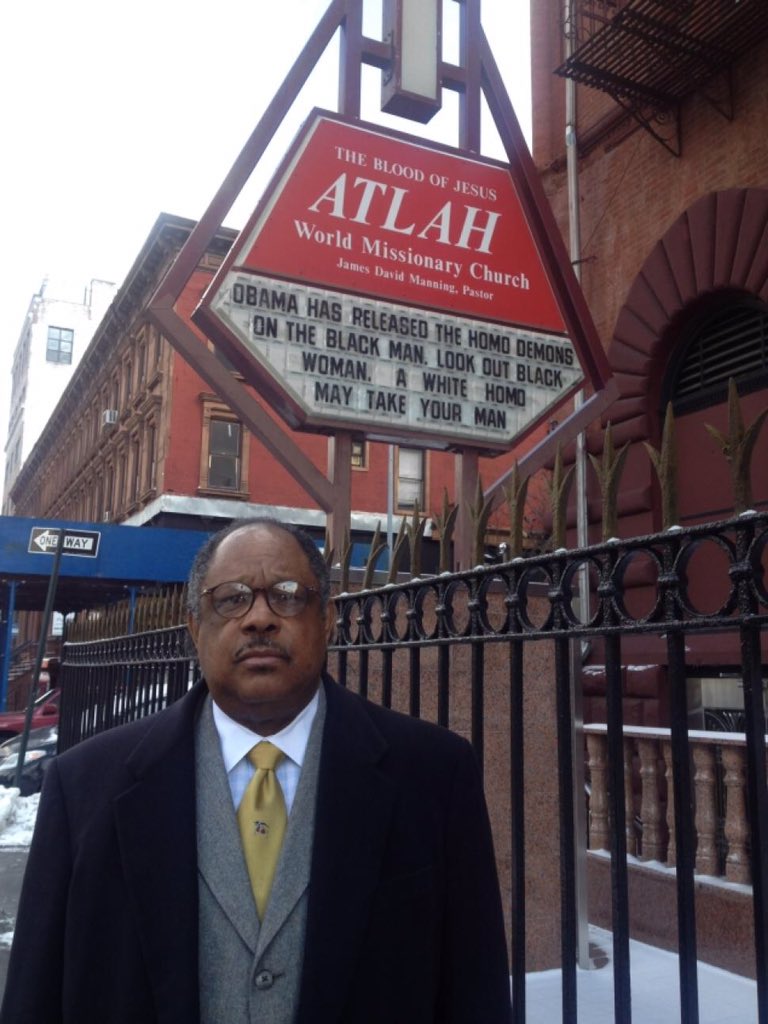 PS. Weren’t the “Homo Demons” one of Al Jorgenson’s many, many Ministry spinoffs back in the early nineties?