“If you see something, say something,” the Regime says. But when if someone “sees something” … say a Mohammedan carrying around something that looks like a bomb … and then says something… well, then they lash out with the fury of a million angry progressives for “profiling” and “racism.” 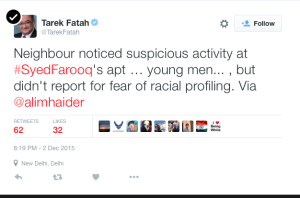 By the way, have you noticed how all of the left-wingers who were saying all weekend that all Christians and Pro-Lifers everywhere were responsible for the Colorado shootings are now saying that it would be wrong to correlate this shooting with Islam because that would be hateful and bigoted?

I notice these things.

So, if you do notice Mohammedans behaving suspiciously, my recommendation is to not report them for planning jihad. Report that they are violating environmental laws and forming a Tea Party group. That will bring down the wrath of the Obama Regime in a hurry.

Update: This Mark Steyn column from 2002 is a reminder of another terrorist incident that was partly enabled by political correctness.