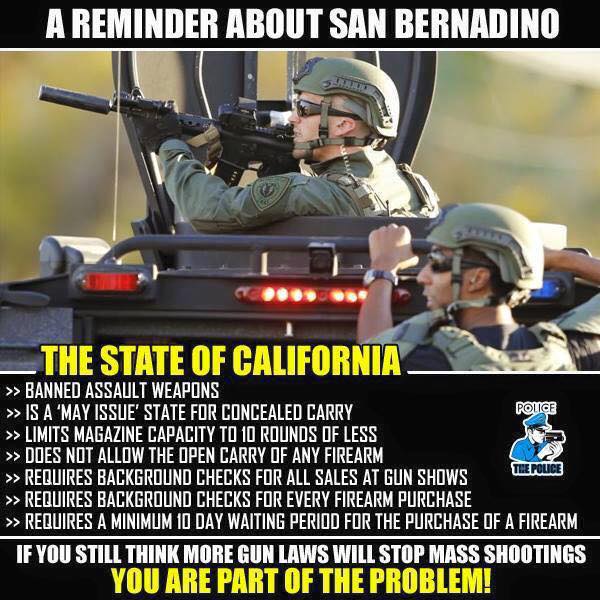 All of these gun laws fail, because they are designed to fail. Their failure will compel the gun-haters to enact an even more restrictive set of laws (as is happening in California), that will also fail. The cycle will continue until the State achieves its ultimate goal; the prohibition of the private ownership of firearms.

Also, neither of the terrorist mass-murderers was on the Terrorist Watch List the Democrats have suddenly decided is the Ultimate Authority on who should not be allowed to buy a gun. In fact, the female apparently sailed through the Obama Administration’s Terrorist screening program.