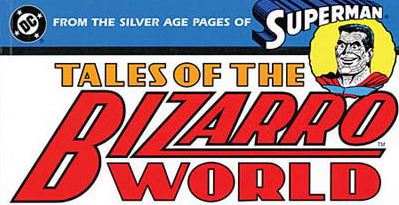 In the Bizarro world of “htraE” (“Earth” spelled backwards), society is ruled by the Bizarro Code which states “Us do opposite of all Earthly things! Us hate beauty! Us love ugliness! Is big crime to make anything perfect on Bizarro World!” In one episode, for example, a salesman is doing a brisk trade selling Bizarro bonds: “Guaranteed to lose money for you”. Later, the mayor appoints Bizarro No. 1 to investigate a crime, “Because you are stupider than the entire Bizarro police force put together”. This is intended and taken as a great compliment. – Wikipedia

Last week, there was a jihadist terror attack in a Gun Free Zone in a state with harsh and restrictive gun control laws. The two jihadis murdered 14 innocent people for Islam. One of the jihadis was a recent immigrant. One of their neighbors suspected they were up to no good, but was afraid to say anything for fear of being called racist.

How would Bizarro President respond?

How did Obama respond?

He called for those exact things.

America has been fundamentally transformed into Bizarro World.