At some point, the management of Salon.com decided to stop being a mere Democrat Propaganda Website and become *The* Website of Angry Stupid Clickbait, providing such gems as:

And lately, the New York Daily News is getting in on the Angry Stupid Clickbait action:

Part of this is corporate strategy; a click is a click even if it is just people coming to see the Freak Show. And, as Red State notes, NYDN is swirling the financial drain anyway.  But I think there’s a political strategy behind it as well.

The Democrat Party learned a lot from the lessons of 2012, the biggest one being that the whole “Mitt Romney wants to outlaw tampons and gave a woman cancer” thing really worked. The Democrat base is the idiocratic left; people who really believe there’s a war on women, that Republicans will outlaw contraception, that Republicans will “put (black people) in chains” as Joe Biden put it, and that the Government can provide Free Stuff forever with no consequences. People like these Democrat Iowa Caucus goers.

Terrorism “is really not that big of an issue to me,” said Michael Fett, a 33-year old musician who will caucus for the first time in February when he backs Sanders. “We have only had a few terrorist attacks here in America where a significant thing happened.”

As the Democrats become ever more dependent on voters who don’t have a friggin’ clue about economics, politics, foreign affairs, or even basic reasoning skills, the media complex that shunts voters to the Democrat Party will ever more take its cues from trashy cable TV.

And now the Democrats are really threatened because Donald Trump is going to cut into their pool of dumb, poorly informed, low-information voters. The Venn diagram of “Stupid People” and “People who will vote for somebody just because he’s a celebrity” looks a lot like the corporate logo of Target stores. 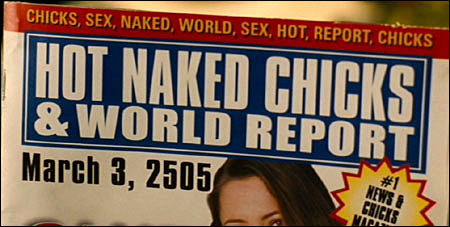