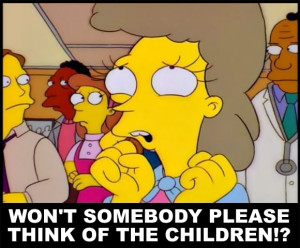 An idiotic leftist bint who writes for the Baltimore Sun doesn’t like the fact that other people own guns. In fact, the thought of people taking responsibility for their self-defense and security so much that she wants the Government (the solution to everything!) to publish an online database of everyone who owns a gun so they can be tracked “like sex offenders.” “For the children.”

That is ‘Sally Kohn’ levels of genius right there.