Hillary Clinton dresses like a lesbian. This is, apparently, news to some writer at Slate.

“Clinton embodies something many lesbians accomplish effortlessly: She dresses in a way that does not cater to, or even consider, the male gaze. Clinton has never sought to make herself a sexual object to please straight men.”

I don’t think Slate meant for that line to be hilarious, but it is.

On an only slightly less hilarious note, Hillary tells an interviewer that she is metaphorically drowning in ‘White Privilege’. Which she deals with by recalling how she babysat migrant children when she was 11 years old. This was after she was named after Sir Edmond Hillary, but before she came under sniper fire in Bosnia.

Yes, Hillary is privileged; anybody else who distributed classified documents on an open server and peddled favors for donations would be under indictment. But it’s not because she’s white. Charlie Rangel and Al Sharpton also get this same “Democrat politicians are above the law” privilege.

I know there are lefties who read here who are going to vote for her, and yet I have to wonder, how can you even? 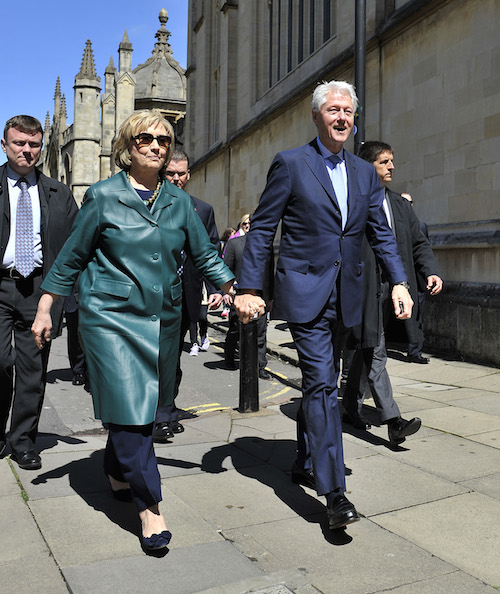