The Left has a persistent habit of confusing idiotic metaphors with logic. “A woman needs a man like a fish needs a bicycle,” for example. Or, “It will be a great day when schools have all the money they need and the military has to hold bake sales to buy guns.” Leftists feel really clever spouting these bumper-stickers, but in the end, that’s all they do: Make dumb people feel clever. They fall apart under even the most cursory tests of logic and reason. Of a piece with that is this really, really stupid thing from the Sandernistas: 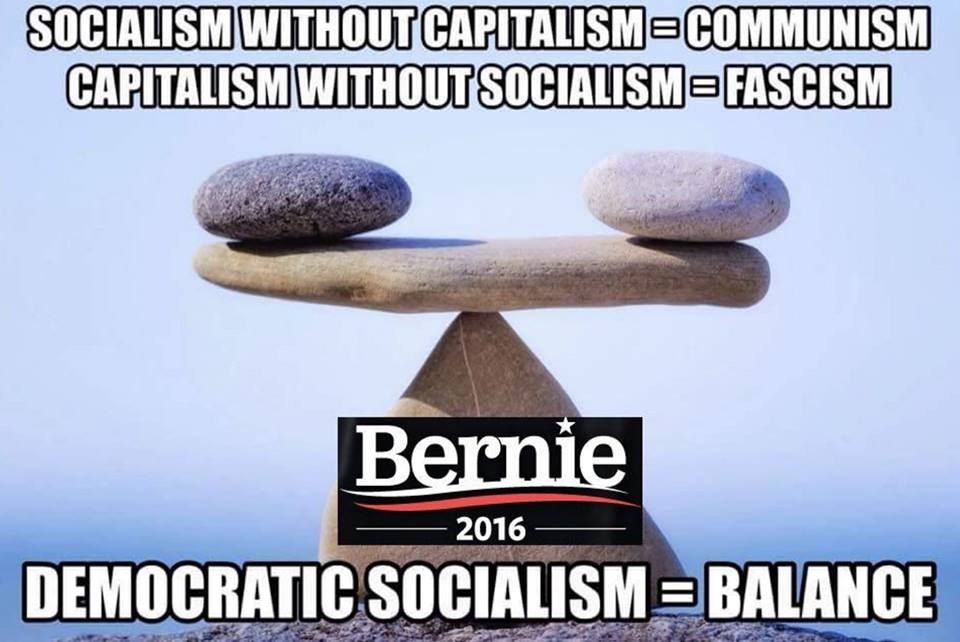 There is so much stupid embodied here. Obviously, whoever made this has no idea what Communism, Fascism, Socialism, or Capitalism actually represent as political and economic system, but just sort of mixed and matched the labels to come up with the metaphor they wanted.

“Democratic” Socialism just means to me that “we’re going to vote people into power who will take away money from people we don’t like so the Government can buy us things, which makes it totally okay.”  At it’s heart, it’s still organized theft; four wolves and a sheep voting on whose for dinner. (Now that’s a metaphor that actually represents the thing it is metaphoring.)

Notice how Capitalism utterly disappears at the bottom. That is very indicative of what the Sandernista Left is actually aiming for.