Some people showed up in KKK-drag at the Nevada Caucuses this week to promote the “Donald Trump (and All Republicans) Are Rayciss!” meme so popular among leftists who are ignorant of history. There was just one minor problem. 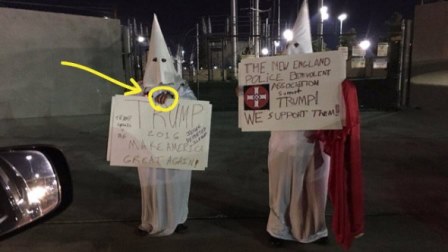 They really should have washed their hands after the cross-burning

For all we know, “The Donald” hired those guys because no publicity is bad publicity, apparently.