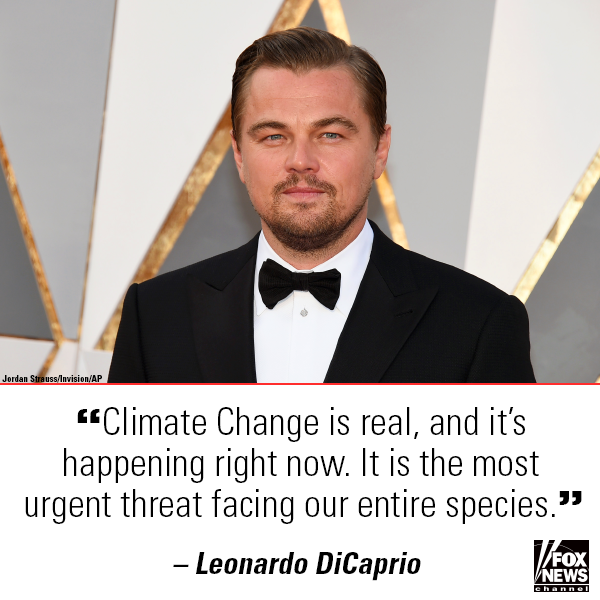 After finishing his sermon, on how the SIN of Carbon emissions was going to cause the sinners to “Roast on the Fiery Pit of Climate Change” unless the sinner forsook their evil, selfish lifestyles of hydrocarbon consumption and embraced the Holy Green Path of Righteousness … the Reverend Leonardo di Caprio of the First Church of Gaia left his pulpit at the Oscars to take leave with his phalanx of gun-toting bodyguards and entourage of disciples and hussies.  Together, they trouped off in their motorcade of gas guzzling SUV’s and rode to the airport where his carbon spewing private jet whisked them off to one of his many massive carbon negative homes to plan the next enormous party on one of his huge fuel guzzling yachts that all his guests ride on their own private jets to get to.