When Trump Derangement Syndrome collides with the towering intellect that is Sally Kohn.

“Donald Trump may be the Republican frontrunner. I still think we’re giving him way too much attention in proportion to the other candidates who also had victories to celebrate tonight.”

“And I’m worried. When he institutes internment camps and suspends habeas, we’ll all look back and feel pretty bad.”

I’m not a Trump fan, but this “Trump is Hitler” thing the left (and some Republicans) have going on is just… ridiculous.

SCARBOROUGH: In the media there have been some people that have — taken still pictures to make it look like that — it’s Hitler salutes and in fact, we had one person on earlier today saying, “Well, if you look at the still pictures it looks very troubling.”

Talk about what you’re doing when you’re having people raising their hands, and are you in any — in any way, making an attempt to emulate what Hitler or anybody else did with his salutes? 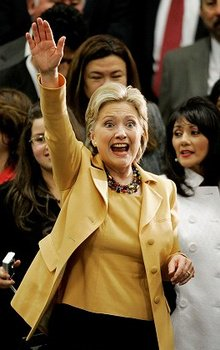