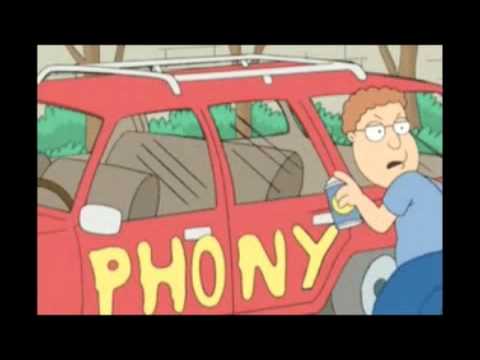 Is it wrong for me to wonder … if anti-gay violence is so rampant and pervasive in our society, why do the gay activists have to fake so many hate crimes?

A gay Central Michigan University professor has pleaded guilty for falsely claiming that a random guy at a Toby Keith concert called her a “cross-dressing fag,” punched her in the face and spat on her.

The professor, Mari Poindexter, had alleged that the man approached her at the Aug. 19 concert at the Soaring Eagle Casino and Resort in Mount Pleasant, Mich., reports The Morning Sun, a local newspaper.

The man began hurling a rich tapestry of obscene slurs at Poindexter, she told police.

Later that night, the professor said, the same man ambushed her in the parking lot of The Cabin — a local bar. The man thumped Poindexter in the eye, she said, and spat on her.

Is it because drama queens crave attention and being a victim gets you attention in our society? Is it because society affords moral superiority to people who claim victim status? Does it enhance the political agenda of the social left to claim that those who oppose them are violent and must be suppressed by the state?

All of the above, actually.

“The Community” is, of course, supporting her and goes so far as to say that the fact that she faked a hate crime makes her almost even *more* deserving of “compassion.” (“Compassion” in the leftist sense of “affirming and rewarding bad behavior.”)

While facing mental health challenges does not absolve Mari of accountability, it helps us understand why our offering compassion rather than judgement (sic) and isolation is so important.

And, of course, this is actually The Patriarchy’s fault, because there are still some people who aren’t on board with celebrating the Gay Leftist Agenda.

While this incident in particular was not a physical assault, an overall environment of anti-LGBTQ sentiment, policies and violence contributed to its fruition. It is critical to consider how facing oppression impacts one’s mental health over a lifetime.

So, this nutjob clocked herself in the face so she could complain about a “hate crime” that never happened… and all society must rearrange itself to accommodate her. That, franks and beans, is the Tyranny of the Mentally Ill.