Much like a bad science fiction where it turns out the monsters can be destroyed using simple table salt (or a simple Apple computer virus), it turns out that the Special Snowflake Socialist Juicebox Wankers have an unforeseen vulnerability to a common substance that is harmless to humans: ordinary chalk.

We just showed up at the meeting room and this was on the floor. Intentionally obv. Lots of pretty shaken up folk. pic.twitter.com/ozVd2Pck6t

Turns out that leftist Millennials are even more terrified of chalk than they are of gluten. 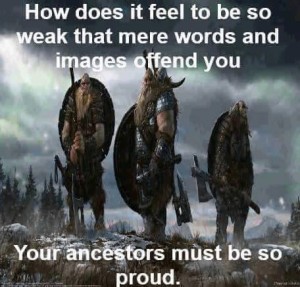