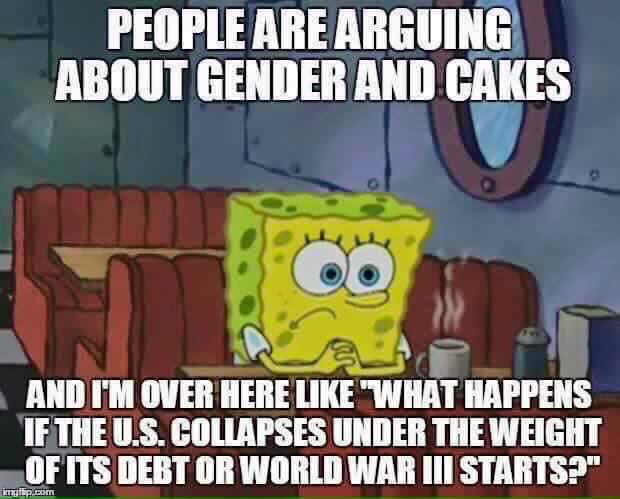 All perfectly logical, but it misses the point of the exercise….to crush traditional American society and force slavish adherence to progressive orthodoxy is their only goal. It is blatantly obvious that the Left cares nothing for transgenders. First; there are so few of them that even if they all voted it wouldn’t matter a whit. Second; if the progs really cared, they wouldn’t push chemical and surgical mutilation as an option for these disturbed people, but would advocate for psychological help. – Open Blogger@Ace

The Left doesn’t really care about any of the groups it pretends to represent; they’re just tools to gain power with. Also, keeping a large segment of the voting population worked up about “#TransgenderRights” and “#BlackLivesMatter” and “#whiteprivilege” and “#ClimateChange” gives politicians cover as the debt explodes, the economy strangles in bureaucratic red tape, Obamacare makes health care worse and more expensive, Iran and North Korea test intercontinental ballistic missiles, triumphalist Islam /ISIS spreads its tendrils into the west, (of course, there will be a new hashtag after the next inevitable terrorist attack, so you can feel like you’re helping) and the fact that both front-runners for president are absolutely horrible people — any of these will be far more consequential than whether sadly delusional people get to pick whatever bathroom they want.