“We believe in a light touch when it comes to regulations.” Barack Obama, June 7, 2013.

The Food and Drug Administration issued its final guidance for an Obamacare regulation mandating calorie labeling in restaurants, which includes a 171-word definition of “menu,” and will apply to coupons and advertisements.

The final guidance includes a 96-word definition of “combination meal” and a 163-word definition of “restaurant-type food.” The government also goes into when “Aunt Cora’s French toast breakfast” must have its calories listed and tells restaurants not to use plus or minus signs on their menus because they are too “confusing” to Americans. [Emphasis added.]

The government considers a menu to be the “primary writing of the covered establishment from which a customer makes an order selection, including, but not limited to, breakfast, lunch and dinner menus; dessert menus; beverage menus, children’s menus, other specialty menus (such as catering), electronic menus, and menus on the Internet.” The full definition is 171 words. Merriam-Webster has a 12-word definition for menu.

The phrase “from which a customer makes an order selection” opened the door for coupons and advertisements to be included in the mandate.

The FDA said calories must be listed on coupons if they have the restaurant’s phone number, and advertisements can be “considered a menu.”

Americans are too stupid to understand plus and minus signs? Really?

I think by “Americans” they mean “Democrat voters.” 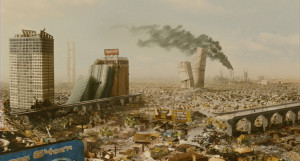