Everything must serve the agenda.  Also, children must be sexualized at the youngest possible age.

Fans of the Disney film “Frozen” are now trying to hijack the popular kids movie by petitioning for Elsa to have a female love interest in the sequel.

The hashtag #GiveElsaAGirlfriend began trending on Twitter in support of having a gay character paired with the Disney princess.

Are LGBT people so pathetically insecure that they require constant, unending, enthusiastic validation by every vessel of the popular culture? 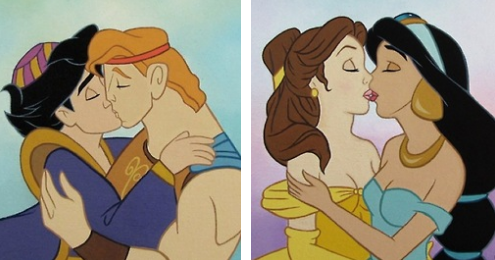