ICYMI, Milo Yiannopoulos was invited to give a talk at DePaul University. He and the College Republicans (or some similar group) were also required to pay $1,000 for extra security. Milo never got to speak because #BlackLivesMatter activists took to the stage, physically threatened him, and denied him the opportunity to speak; all this while the Security stood by and did nothing. 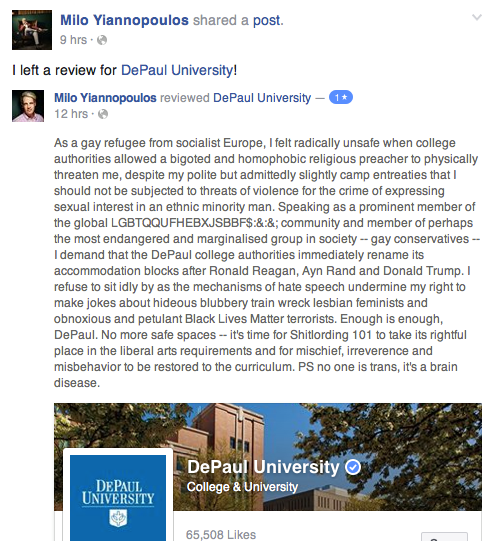